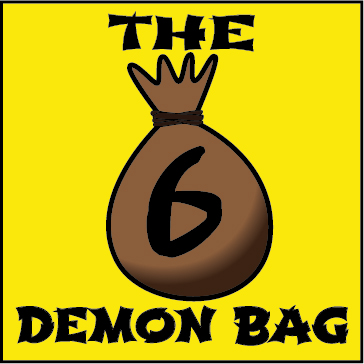 by
The Six Demon Bag Podcast

The 6 Demon Bag Podcast, where we pull random topics for discussion related to writing, comics, movies, science, all that kind of thing!

Jeff claims that KITT has no offensive capabilities, but he had a grappling hook, flame thrower, EMP projector and a laser. Upon further review the laser was mildly useful at best, unsuitable for fast or distant targets. The claim that his molecular bonded shell could only withstand small arms fire is not quite true (It can withstand a gatling gun), but it is vulnerable to heavy artillery and rockets. Additional defense comes in the form of smoke screens, anti-heat seeking missile capabilities, and a microwave jammer (In Episode 26, "Merchants of Death" the Microwave Jammer's power has been increased 3 times than its normal strength, strong enough to bring down a helicopter, but only when KITT managed to jump over it.)

Airwolf has .50 cal chain guns, strike and hellfire missiles, plus armor, signal jamming capabilities and a laser of its own, with a top speed of 1,400 mph+ and height of 100,000 ft.

Uploaded by sixdemonbagpodcast on July 2, 2018